My Noise 13 Internship: A Look Back Noise 13 was my first real world design internship, and one that I took a lot from. I had my eyes set on Noise 13 from two years prior, and have always loved their design aesthetic and what they stood for in the design community. Having the opportunity to work at Noise and see the inner workings of their studio was one I could not be more excited about. It gave me a taste of what it would be like working in the real world after graduation and what to look forward to! 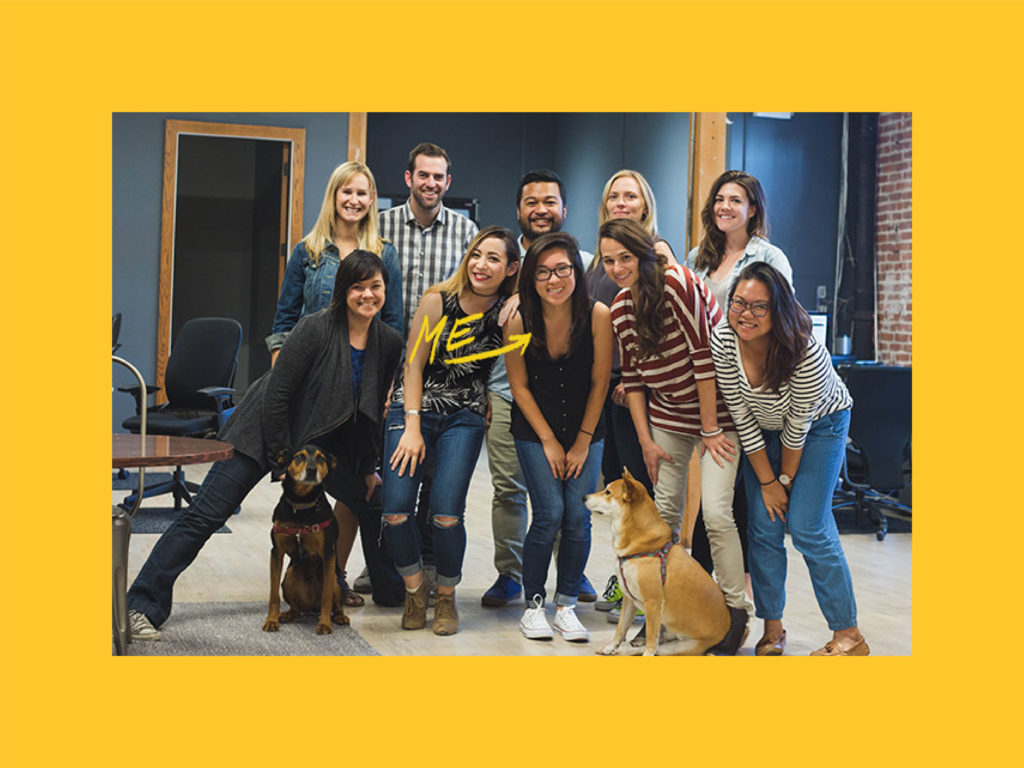 My main goal was to learn as much as I could and take what I had learned in school thus far for a test run. I hoped to be able to feel part of a team, and provide support while being mentored. And hopefully, create connections and friendships. As an intern I expected to do the lowliest of jobs, things that people above me didn’t have time to do, whether it was repetitive production work or helping construct a new chair for the office 😉 I expected to make mistakes, but also to succeed and learn from them.

The experience itself was humbling, in the sense that I was surrounded by so many talented individuals. As an intern, I worked a lot on internal projects for the company itself. It was on these projects that I had the most creative freedom. But I also learned a lot from client projects where I played more of a production role. For client projects, you are placed on a team under a creative director or a senior designer while also reporting to a project manager. It was within this structure that I learned how a team works together. It’s not everyone working on the same thing, but usually one person working on a specific piece and the team then coming together to review, collaborate, brainstorm, improve, and support. I provided a broad spectrum of support on client projects ranging from designing a quick icon or working on a web design. But no matter what role I was filling each day, I was usually learning something new. It was all valuable whether it was a new shortcut, how to properly organize and prep files for printers, or learning “how to think” as a designer.

Within my first week I had gone off-site to a client meeting. By the end of my first month I had helped plan a shoot for a Noise 13 case study. And by the end of my internship I had designed a set of cards that would be used by Noise in many client meetings. All of this was possible because of everyone’s willingness to teach me and help me with their knowledge. I’ve definitely had experiences when other designers aren’t willing to share their “secrets”, but being at Noise has shown me the complete opposite. I was genuinely surrounded by others who shared a common interest and were willing to teach.

On a less serious note, the office space is inviting, creating a great atmosphere to work in. Most mornings you are greeted by one dog or another, and sometimes a plate of baked goods in the kitchen! At lunch a group will walk to the Whole Foods nearby, have lunch and play kickball in the park, or everyone will eat together in the Yellow Submarine (the Noise conference room). It was a great group that I found myself laughing with all the time. So as cliche as it sounds—though I did take away a lot of great experience and insight—one of the greatest parts were the friendships I made! A bit of advice? Really take advantage of the time here. It flew by as most things do, but faster. I learned it was ok to ask a lot of questions, which also meant I had to actively think of “good” questions. This is the time to ask, when you’re still an intern and all any one wants is to help you. Even when the days are slower, make the most of your time there. And again it all sounds cliche, but it is so true: be receptive of critique, have a good work ethic, double check your work (spell check), and write things down! I learned that a lot of becoming a better designer will come with time and experience, but for the things that you can learn and work on now, Noise 13 is a great place to do that!